For technologies like blockchain, Quality Assurance is an indispensable process. Blockchain projects cannot afford critical bugs because they promise users security, anonymity, speed, and uptime by themselves. Especially when it comes to big money or information, quality is everything. And taking into account the growing popularity and the number of competitors, developers also have to think about UI/UX, design, and other qualities that can make a solution stand out favorably.

We have prepared a checklist that contains all the key points that need to be tested for blockchain products. And also, we have compiled a list of effective tools that will help with this. The article will be equally useful for both developers and testers, so let’s begin.

What is blockchain and why is it so in demand?

Of course, many users associate this technology exclusively with cryptocurrency, but in fact, the capabilities of the blockchain lie much wider than the boundaries of the cryptocurrency market. Today it is often compared to the Internet in times of its formation: many have heard, some even used it, but only a few understand how it works.

We can say that if you are involved in this area, then the future belongs to you.

So what is Blockchain? In simple words, it is a chain of blocks that sequentially convey important information. So what’s the catch? – This system is decentralized. This chain cannot be deleted or overwritten by one of its contacts since any change needs to be confirmed by all contacts participating in the chain. So it is highly reliable.

Despite the limitless possibilities, today 90% of the power of this technology is used for virtual currency transactions. Therefore, QA testers consider blockchain as a payment system.

Among the benefits that users receive:

But, this system is not only technically complicated but also not ideal. Today, dApps (decentralized applications), such as wallets, exchanges, exchangers, etc., appear on the market every day. Some of them are in such a hurry to enter the market that they prefer not to pay enough attention to testing, as this delays the release (which in itself is not true). As a result, even critical bugs that were not noticed by the developers can appear after the release.

The ultimate way to test your blockchain product

In total, there are 4 most important components for testing such products:

Blockchain QA is about combining several approaches with different opportunities:

The next step, which is relevant for any of the above approaches, is functional and non-functional testing of Blockchain products.

This type of testing is the most capacious, as it includes testing all the functionality of the product. The wallet integration, the interface, the cross-browser/cross-platform testing is carried out, dApp (decentralized application) business rules are checked for compliance.

This type of testing is responsible for the productivity and security of the solution (for example, the correct operation of the authentication signature, performance with large transaction volumes, etc.)

Few QA professionals can boast of experience with blockchain technology. But the lack of experience can be compensated by a good understanding of the subject area, an analytical mindset, skills in reading code and pseudocode, as well as knowledge of tools that will help in testing.

A handy tool to recreate a real-world crash or code update environment for stability testing. This is the unique principle of Chaos Engineering. Gremlin creates difficulties for the application under test, such as network lags, congestion, disconnected protocols, etc. A real stress test for your product.

MixBytes Tank is a console tool that can set up a blockchain cluster in minutes in a cloud (Digital Ocean, Google Cloud Engine, etc.) and bench it using various transaction loads. It’ll highlight blockchain problems and give insights into the performance and stability of the technology.

Madt is an interesting young product for testing distributed systems based on Python. It allows to the creation of the required network topology by using a simple configuration script. Madt can be used for blockchain testing – there is a test for p2p networks based on the Kademlia protocol. The test is meant to check the status of the data in case of gradually increasing delays of data transfer to the nodes.

A world-class development environment, testing framework, and asset pipeline for blockchains using the Ethereum Virtual Machine (EVM). If you want to automate blockchain testing, you can use this tool. It allows you to write test cases both in JavaScript and Solidity.

This is an open-source platform that contains testing functions. It allows writing tests for contract validation, to conduct load and integration tests using Java and IntelliJ. It also suits automation.

QA-cats are ready to illustrate how we test software 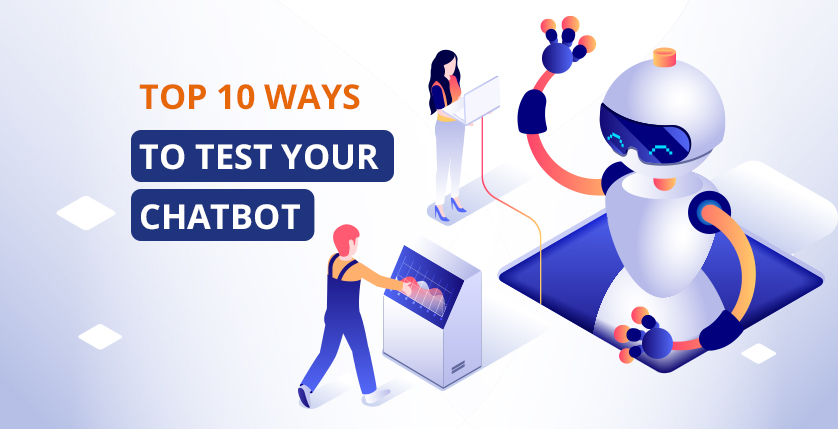 Top 10 ways to test your chatbot

This website uses cookies to improve your experience while you navigate through the website. Out of these, the cookies that are categorized as necessary are stored on your browser as they are essential for the working of basic functionalities of the website. We also use third-party cookies that help us analyze and understand how you use this website. These cookies will be stored in your browser only with your consent. You also have the option to opt-out of these cookies. But opting out of some of these cookies may affect your browsing experience.
SAVE & ACCEPT